Denver Pet Partners has operated its flagship program at Swedish Medical Center in Englewood, CO since 2002. For many years, the Swedish Medical Center Auxiliary generously supported our training services by providing grants to help offset the purchase of the manuals used to train new handlers. DPP received a $5,000 grant as part of the dissolution of the Auxiliary.

As a member of the SCL Health System, Platte Valley Medical Center (PVMC) has been designated one of the world’s most patient-centered hospitals by Planetree, Inc. Platte Valley’s 10 Pillars of Healing are incorporated into every patient experience. They include integrative therapies, human interactions, support networks, healing design, education and information, healthy and delicious meals, healing art therapy, spirituality, healing touch, and healthy communities to help patients recover.

Sedgwick is a leading global provider of technology-enabled risk, benefits, and integrated business solutions.  Denver Pet Partners gratefully acknowledges Sedgwick’s donation of $10,000 to help us continue our work in the communities we serve.

The Kroger/King Soopers Community Rewards program enables DPP members and non-members to support DPP simply by shopping online or at your local store and swiping your Loyalty Card or entering your alternate ID during checkout. All that is involved is selecting Denver Pet Partners in your King Soopers profile as the organization you wish to support. Contact Sandy Langley for more information. 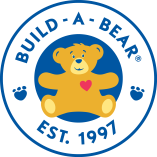 Founded in St. Louis in 1997, Build-A-Bear Workshop, Inc. is the only global company that offers an interactive make-your-own stuffed animal retail-entertainment experience. There are approximately 400 Build-A-Bear Workshop stores worldwide, including company-owned stores in the U.S., Puerto Rico, Canada, the United Kingdom and Ireland, and franchise stores in Europe, Asia, Australia, Africa, the Middle East, and Mexico. The company was named to the FORTUNE 100 Best Companies to Work For® list for the sixth year in a row in 2014.

DPP gratefully acknowledges Build-A-Bear’s grant of $5,000 to grow and nurture our base of children’s literacy programs and to train therapy teams in literacy mentorship to meet the increased demand.

Denver Pet Partners has received a List Family Foundation grant that provides limited funds for training and registering you as a team with Pet Partners.  Interested parties must fill out application materials, complete required training and pass the Pet Partners evaluation, and be willing to become a regular volunteer with your pet as an AAI team in a DPP client facility or program within 6 months of registering as a therapy team.

For more information, please complete the form on this page.

Denver Pet Partners loves our volunteers!  We coordinate their good work with the help of Signup.com — FREE and easy signups and scheduling save time and make it easy to organize all the people and things that help you make a difference in our communities, leagues, and schools. Take a tour today at www.SignUp.com.

How to Reach Us

Submit a Review of DPP to Great Nonprofits!

Please support our mission of improving lives and furthering the human-animal bond by making a  donation.
Donate

To deliver excellence in animal-assisted interventions (AAI) and enhance the health and wellness of people through: